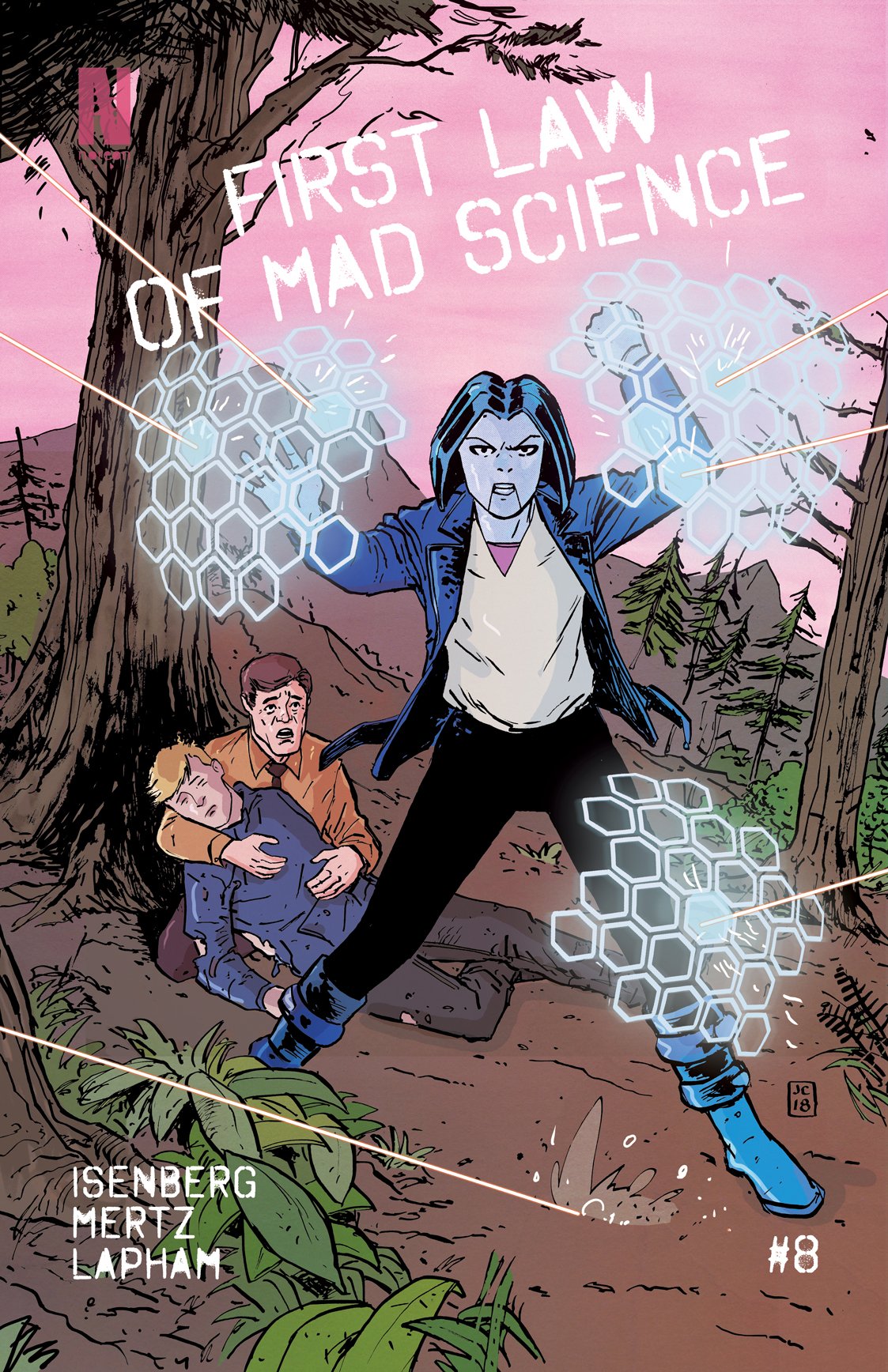 (Note, this is the regular comic edition, not the limited hardcover edition)

George, Hank, and R.A.I.Ch.E.L. have their progress to Antarctica halted when their transcontinental tube-train is attacked by a monster: the corpse of one Anna Varius, re-animated and cybernetically programmed by an even greater monster, her husband and killer, the mad Edward Varius.

Possessed of a previously-unknown power, Hank fights off Anna, the two puncturing the train's vacuum tube and plummetting hundreds of feet from the elevated track to continue their melee in the Algerian forests below. The brawl finally reaches a conclusion once R.A.I.Ch.E.L. hacks into Anna's cybernetics and, with the advice of enigmatic cyberspace contact Natalie Talius, finds that she is able to reprogram Anna's implants to emulate personality and memories somehow retrieved from the recently-deceased woman's psyche.

Edward, meanwhile, is in some hot water. Turns out that when you're developing a military cybernetic reanimation program for a shadowy cabal operating within the highest levels of your corporation, then go mad and steal the technology to send your dead wife on a mission to kill your boss, the shadowy cabal doesn't take it that well. Edward has been able to hold off an outright execution only by claiming responsibility for the seemingly miraculous reemergence of Anna's pre-mortem personality. He's promised the secret of eternal life to the Davidson Faction, but if he can't deliver soon, they may decide not to keep him around after all.